About Yuzawa and Snow Country

Pod Snow Sports is located in a town called Yuzawa, also known as the “Snow Country” region of Japan. As you can probably guess, it got its name from the impressive amount of snow it’s buried under for nearly half the year. Being just a 70-minutes bullet train ride from Tokyo, Yuzawa is ideal for day return trips out of the city, and is also easily accessible from Haneda, Narita, and Niigata Airports. As you ride the train out of the city and watch the mountains rise and the snow pile up, you’ll feel as though you’re being transported to a new world.

This town indeed is well known as a ski and snowboard paradise, boasting over 15 ski fields in and around the town including GALA, Naeba and Kagura and the 3 mountain named “Yuzawa Snow Link”. Yuzawa was relatively unexplored until the opening of the Echigo Yuzawa bullet train station but since then has grown into a popular resort town. There are a wide range of accommodation options covering all levels so there is sure to be something that fits every taste and budget. The abundance of hot springs available also draw many visitors every year.

Use the charts below to determine your skiing or snowboarding ability levels.

Level: Novice
Ability: Have ridden a chairlift. Can turn to control speed and ski a beginner run safely
Lesson: Further reduce size of wedge. Match skis to parallel at the finish of each turn. Increase confidence and enjoyment

Level: Beginner
Ability: Can balance on a slope and slide sideways on either edge
Lesson: Traversing the slope and learning to turn

Level: Intermediate
Ability: Can turn with ease on either edge on various slopes
Lesson: Basic curved turns and fine-tuning techniques to improve performance

It’s important to choose the correct size equipment to avoid blisters and difficulty on the slopes. Use the guide below to find the correct fit. You can also work with us in person when you come to our shop near Echigo-Yuzawa Station to get the right gear. 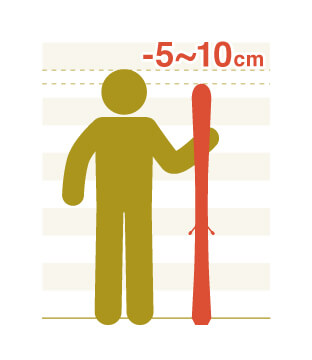 *Please note that the above sizes are only guides. A choice of ±5 cm based on weight and ability could be considered as well. Ask us and we’ll help you pick the right size.

When a board is placed standing next to you, we can get a correct board measurement for a beginner by matching the board’s length to the distance between your feet and your mouth. 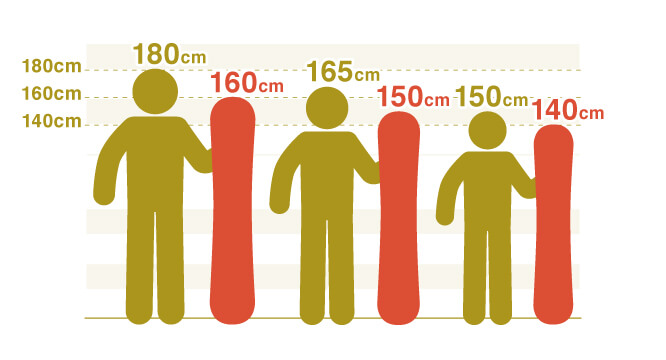 Regardless of your skill level, your boots should be 1 cm longer than your foot’s measurement.

If they are too small you will not only be uncomfortable, but your toenails may break when you bend backward and your bent toes may reduce your maneuverability.

If they are too big, the movement of your feet inside the boots will make maneuvering much more difficult when skiing or snowboarding, and may cause blistering. 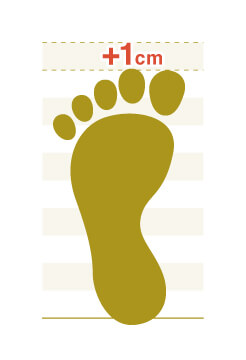 How to Book?
Lesson Fees
How to Rent?